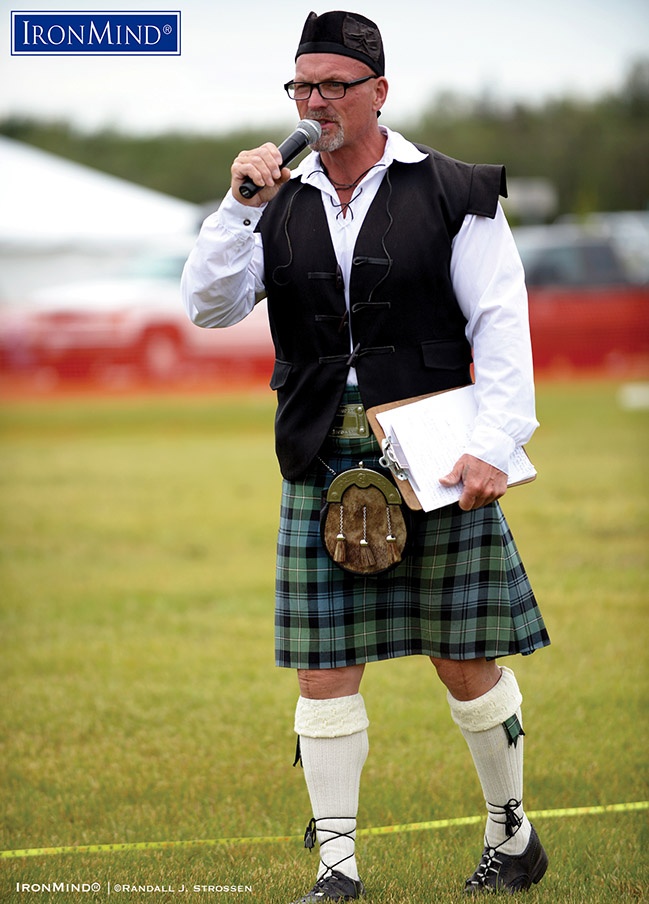 Best known for his many accomplishments in the Highland Games, Francis Brebner was also one of the original three men to lift the Inver Stone overhead. After retiring as a Highland Games competitor, Brebner poured his passion into the IHGF, which promotes events worldwide. IronMind® | ©Randall J. Strossen photo

The IHGF has announced its 2020 All-American Stones of Strength qualifying series, which leads to a chance to compete in Fefor, Norway.

Venues for the 2020 IHGF All-American Stones of Strength qualifying series are as follows:

Men and women strength athletes interested in entering any of the Highland games Stones of Strength qualifiers, please contact Francis Brebner on the IHGF Highland Games Facebook page while available slots in the athletes’ line-up are still open.