Kuusamo, Finland–With a temperature of -5 C (23 F), some wind and snow, conditions were perfect of the first day of the SCL Iceman III, where the day ended with Laurence Shahlaei and Zydrunas Savickas tied for the lead. 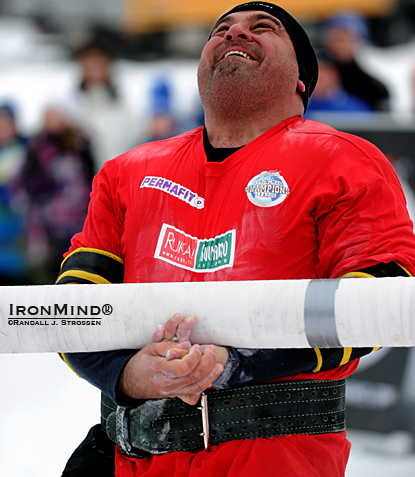 Laurence Shahlaei at work on the Conan’s Wheel, made from a large log with ice and snow underfoot.  IronMind® | Randall J. Strossen photo.

Here are the official scores for the top six at the end of the first day are:

Today had a lot of movement, but “tomorrow is Z day,” said Marcel Mostert.  Zydrunas Savickas won Iceman 1 and Iceman II, so tomorrow he will be looking for a hat trick. 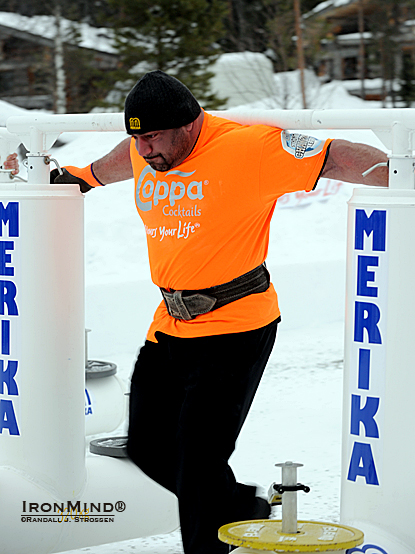