Producer Hjalti Arnason told IronMind® that his Jon Pal Sigmarsson documentary is set to open in Icelandic theaters on September 8 and this is the last call for any Jon Pal material anyone might have that could possibly be included in this tribute to the strongman whose mere name stirs emotions like none other. 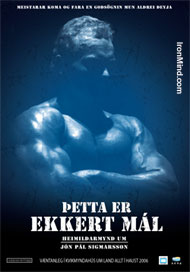 Hjalti Arnason's documentary on Jon Pall Sigmarsson promises to exceed anything ever see in the field. IronMind® | Poster courtesy of Hjalti Arnason.

This documentary recreates Jon Pall's life, taking him from childhood to the top of the strongman world, and Arnason said that following its release in Iceland, his film will open across Europe and in the US as well. Arnason told IronMind® that if there are any remaining photos, film clips or videos that might be used, this is the final chance to have them considered for inclusion in this tribute to Jon Pall Sigmarsson. 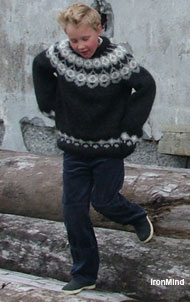