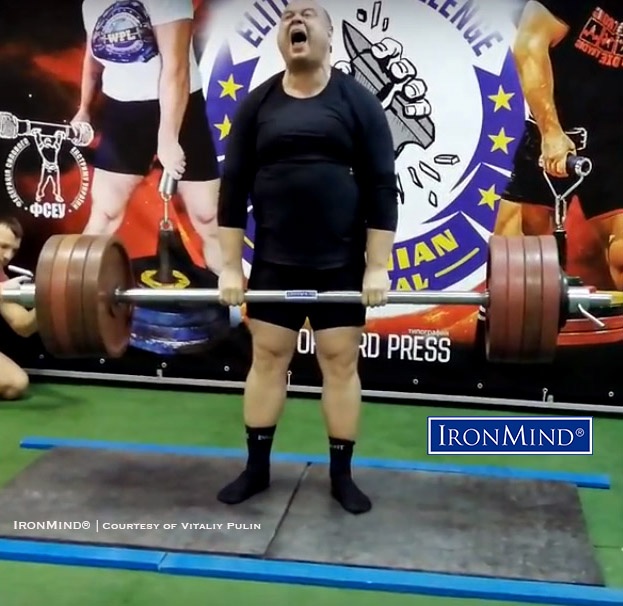 It was known that Igor Kupinsky had his sights set on the Apollon’s Axle world record and he hit his target at the Elite Grip Challenge, with this 236.10-kg success. IronMind® | Courtesy of Vitaliy Pulin

Ending the year with a bang, Ukrainian gripsters broke two world records at the Elite Grip Challenge in Melitopol, Ukraine.

Igor Kupinsky, in word and in deed, had served noticed that he planned to assault the world record on the Apollon’s Axle—a foundational event in the world of grip strength. Coming into the contest the men’s world record was held by the legendary Mike Burke, at a whopping 235 kg. Kupinsky, who is a former world record holder on the CoC (Captains of Crush) Silver Bullet Hold, (clocking 54 seconds with a CoC No. 3 gripper), had recently broken the Ukrainian record for the Apollon’s Axle with a lift of 225 kg.

With the bar loaded to 236.10 kg, Kupinsky latched on and lifted, leaving no doubt that he was master of the weight, and becoming the new men’s world record holder on the Apollon’s Axle.

And on the women’s side, Lyudmila Gaiduchenko broke her own world record on the Little Big Horn, as she hauled up 76.60 kg.

More than just a name, the Elite Grip Challenge proved to be just that—hats off to promoter Vitaliy Pulin for providing the stage and to the athletes for supplying the muscle . . . congratulations! 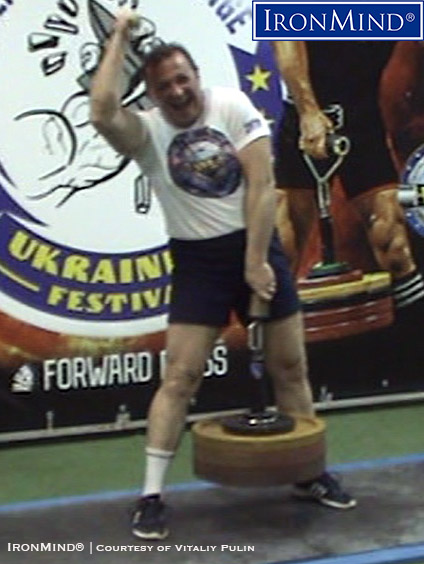 Lydumila Gaiduchenko broke her own world record with this 76.60 success on the Little Big Horn. IronMind® | Courtesy of Vitaliy Pulin